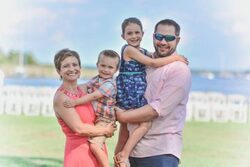 Pastor Amy Duiker transferred to the Presbytery of the Miami Valley from Baltimore Presbytery, where she recently served as Missions Pastor at Harundale Presbyterian Church. Amy grew up in the Baltimore-Annapolis area, but has served churches in Toledo and Mason, Ohio. She is happy to be back in the area and has been looking for a place to serve where her young family can grow and be nurtured in their faith.

Amy received her Bachelor’s Degree in Religious Studies at the University of Notre Dame of Maryland and her Master of Divinity degree from Louisville Presbyterian Theological Seminary in 2003. Her first two calls were as Associate Pastor with responsibility for youth. In her last position, she managed extensive mission ministries, including a three-times-weekly free lunch program and weekly food pantry.

​Amy’s passions include theater and dance (she’s been known to dance in worship!), contemplative spirituality and social justice, especially issues with race and poverty. She’s been a part of Sojourners Magazine’s Summit for Change, gathering faith and social justice leaders two years in a row. Amy and her husband, Neal, live in Beavercreek now and have two children: Claire (8) and Owen (6). Amy and her family are excited to be a part of what God is up to at Sugar Creek! 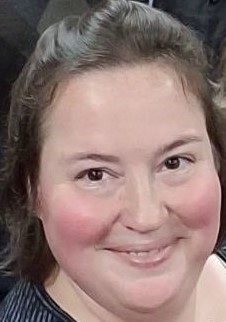 Erin Dickerson  Director of Christian Education
​Erin was born and raised in Cincinnati and then relocated to the Dayton area after graduating from Miami University with a Bachelor of Arts in English Literature.  She attended the University of Dayton for Teaching Certification during which she student taught 10th grade English at Xenia High School. 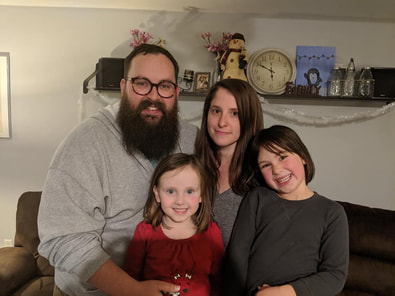 Brad studied vocal performance at Wright State University. His interest in the arts was apparent at an early age from performing with church groups and school groups to just performing for whomever would watch. Musical Theatre was the first actual outlet for his performing but that was only the beginning.

During his time at Wright State, Brad could be seen performing with all the top choral ensembles, as well as with the Opera Theatre department. He performed some 7 roles on the main stage with Wright State as well as a few roles with Dayton Opera. Brad won the Honor’s recital, Concerto Night and the OFMC Scholarship in the same year. Brad was setting the stage for a career in performing but changed plans rather suddenly when he met the love of his life, Hannah Mumma. They were married in 2012 and have since had 2 daughters.